I have a Gibson Les Paul with 57 Classics and Strats and Teles with single coil, vintage pickups, but no guitar for hardcore metal. I've never had interest in Schecter, Jackson, or Ibanez guitars, and I want to get a new SG Standard with 490T and 490R. Are those fine pickups for that sort of thing, or what pickups would you recommend?
G

I will preface my comments by saying I am NOT a metal player. I do actually like a lot of metal these days, and I am a vocal proponent of the proposition that most of the musical innovation I have been seeing of late has been coming from the metal community.

That said I do have some thoughts on your question that I think may help. For a start, as with any style of music, metal is primarily about the player and techniques used. As such there is not one piece of gear (such as the pickups for example) that is going to make me (with nearly 40 years of playing experience) into a metal player.

There is some gear that tends to be favored by metal players, but like any other style of music, the choices are quite varied and will come down to various combinations of gear, settings, tuning and technique. Drop tunings for example are very common in metal and may have more to do with getting a recognizable sound than the choice of guitar or pickups. In terms of gear solutions, I would be looking at amps and pedals before the pickups to get you in the ballpark.

My recommendation is to play around with the gear you have for a few weeks to see how close you can get to the sound you want first, then try and find some local metal players who are getting something even closer to the sound you want and see what they can tell you that you may be missing. They might even let you try their rig out which should be helpful in determining what you need to pay attention to first in the setup you have.

Bottom line, I don't think the pickups are going to be the thing that makes or breaks you in your quest to play metal. Like anything else, a lot of metal guys will have opinions on pickups etc. etc., but if they are honest I think they will tell you something similar to the above advice.

I dont know about 490s and metal as i am not a metal player, but i can say that Tony Iommi played heavy metal all his life with SGs even on p90s

So my point would be that you will be probably looking for a different setting on your amp, or different pedals
I would like to believe that 500T for Bridge and 57 for the neck would be a nice combo for a Gibsons SG to play metal?

Many high output pickups have ceramic magnets. They’re also brighter sounding.
The 490’s are alnico 2, probably the darkest sounding.
I would probably try something alnico 5 (like Burstbucker Pro) before ceramic.

As a METAL player I can tell you they're as good as any. You can fine tune the sound with pedals and your amp.

Hi folks, long time SG player, played in a bunch of metal bands over the years, grind and doom in the main.

I had a relationship with Lace pickups for a while, I really like those for doom stuff, the drop and gains, dirty hashers and Wino signature ones all great. The Wino ones I have in a Les Paul, they’re great.

I have a set of Dissident Aggressors in an Explorer and they sound great for faster articulate heavy stuff.

Adevissian are a newer company, Night Prowlers are a great doom pickup/lower frequency ****.

I have also had a good time with Bareknuckle Warpigs in a v too.

If you’re determined to replace your pups you might like Seymour Duncan hotrodded set. That is a JB in the bridge and a Jazz in the neck. I have that setup in my Carvin Les Paul look alike and it’s incredible. The JB is hot and would be great for high gain and the jazz is not as hot but sounds very sweet and smooth. Good luck my friend.

Alanbama - gotta continue about the pickups you mentioned.

Besides the JB, there is another option. The SH5 Custom. This is basically a 59 with a ceramic magnet. To me, this pickup has a slight mid scoop and the bass and highs are more balanced. It is a more aggressive pickup, and it handles delicate strumming or picking nicely. I've got one in a Charvel with two single coils and it plays nice them, and I don't notice any shrillness with it.

I’m not familiar with the SH5 Custom. But every pup that I’ve tried from Duncan has been very useful. I also put a Dimarzio tone zone in the bridge of a super Strat type guitar and it sounded really good for Classic Rock but I really don’t think it would be hot enough for anything harder.

More about the SH5 Custom and the suggested Full Shred:

I've only had one guitar with that pickup and it was factory installed. It was a Charvel Dinky 24 with the FS in the bridge. Hly Sht! This thing sounded like the mids and low end were sucked down all the way to the south pole.

Adjusting the pickups and pole pieced helped some. Had to turn up the low end pole pieces and raise the bass side and drop the high string pole pieces down. And it still wasn't a pleasing sound.

I wanted the power of the FS with some mids and low end and my local store had a SH5 and the JB in stock. Either pickup would have been excellent, however, I thought the SH5 would be a smoother match for the guitar's single coils.

The SH5 Custom gets condemned because it has a ceramic magnet. Over the years, I've had SH5's in LP's and SG's, and I've had no problems with harshness. It covers more bases that metal and blends nicely with the single coils.

And if you must have the JB ..... it is an awesome pickup with slightly lower bass and more mids than the SH5.


Here are the links to the SD pick up pages. You can check out the pickup specs and EQ curves. To my ears, the curves represent the pickups. 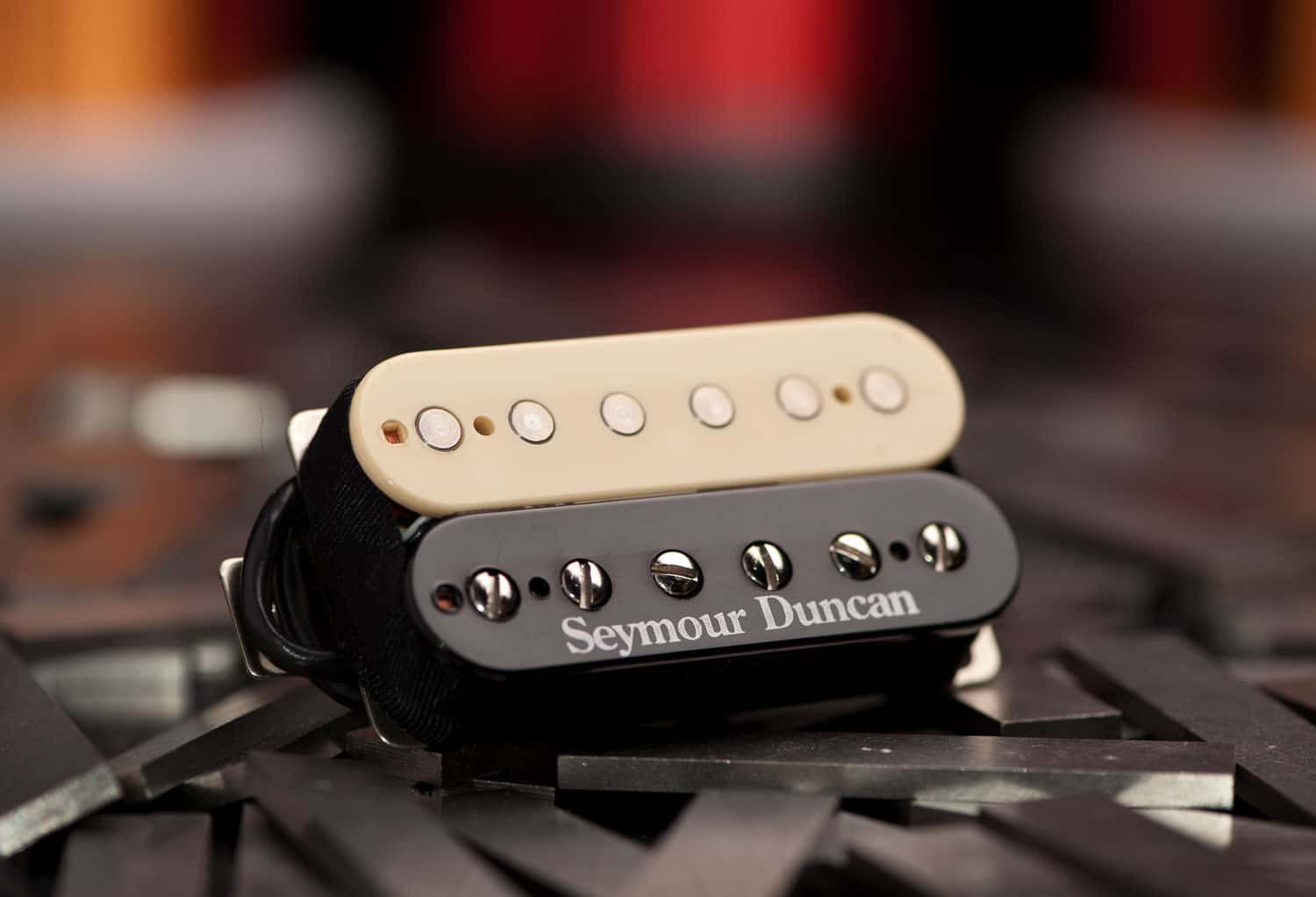 For nearly four decades, the legendary JB Model (SH-4, TB-4) has been the ultimate hot-rodded humbucker. A truly modern classic. 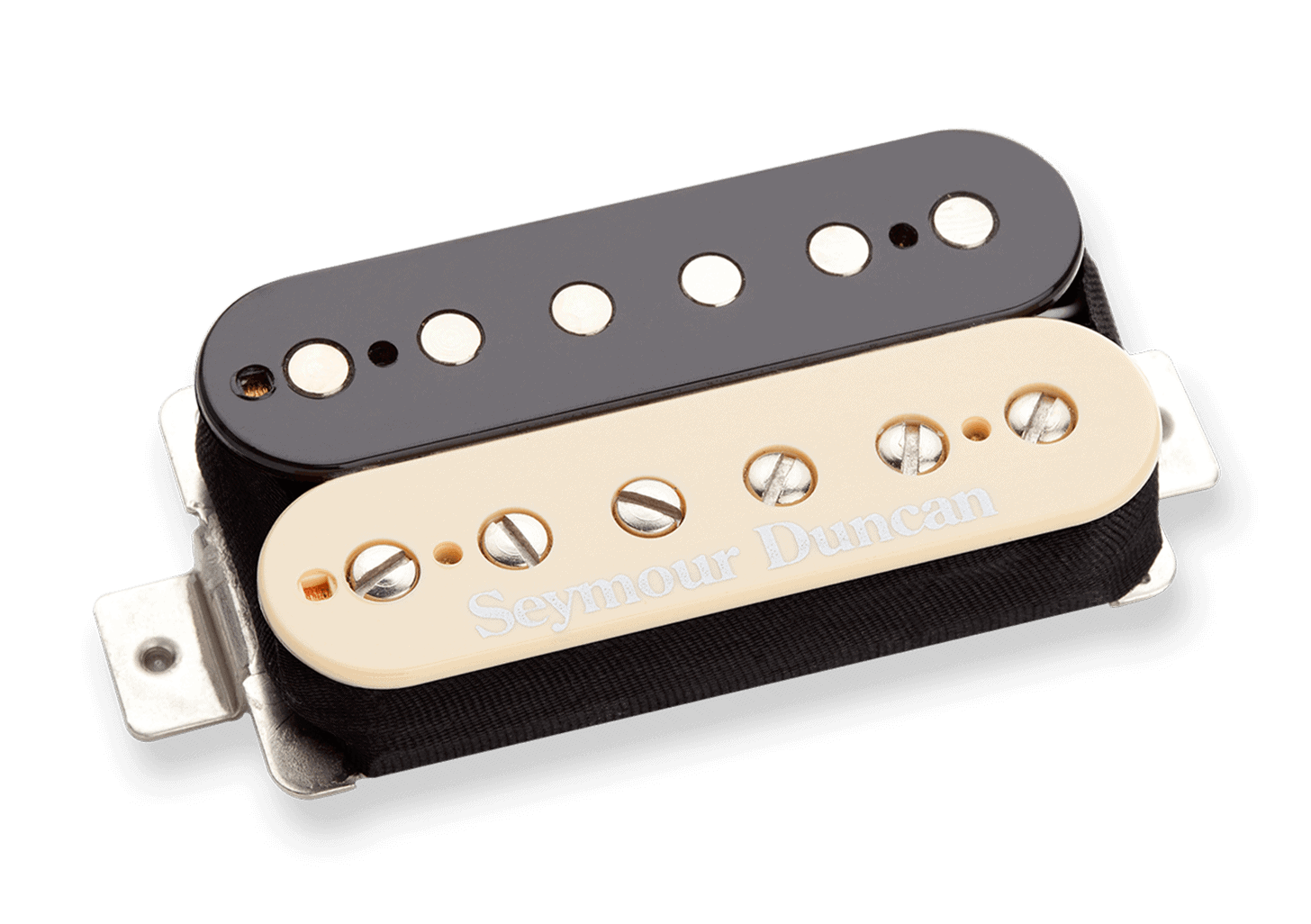 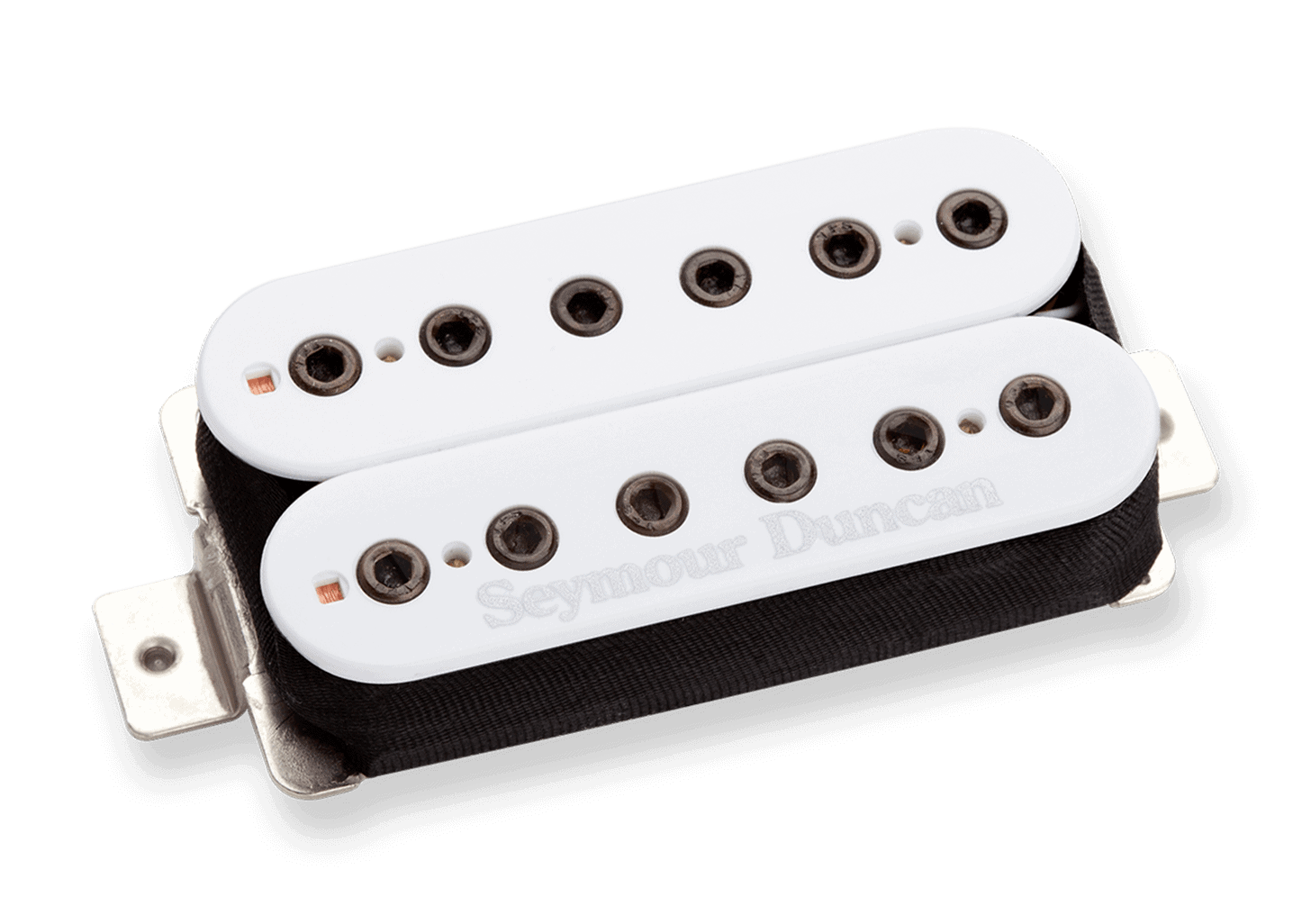 The Full Shred bridge pickup (SH-10) is a bright, medium output humbucker with a tight low end, and scooped mids.

IDK If 490's are going to cut it but someone mentioned Tony Iommi and an 'SG' w/P-90's in it, yes? I would go out and get myself a Naga-Vyper Treble-Boost Pedal and try that out first before I changed the pickup's......TBH, I do not like the 490's series PIckup's...they are the only pickup's GIBSON Makes that I do not like.
THe 2020 SG Standard I bought had 490 R/T PIckup's and I replaced them before I even played the guitar at home....I put a '61R in the neck and a '57 Classic in the bridge and the guitar went from being OK to bein BAD-A$$ ! and ,of course, because it came with the cheesiest ass fuckin pleather Hag Bag I'd ever seen, I also had to buy a Hard SHell case for it ......and put Locking Kluson Revolution Tuning Machines on it as well.

I think your SG will be fine with the stock pickups, most of my guitars have A2 magnets, its really about the amount of gain you put through them and if you like the pickups tonally. When you get the guitar let us know what you think of it. Good luck!

We have a member here and elsewhere that is a major gain, metal type guitars fan. @gball He used to have some SG's and loves LP guitars too. I often listen to his advice on things and forwarded this thread to him.

My recollection of a prior and similar thread discussed 490 pups and his experience with them. Bottom line if I remember right was he heard lots of poo pooing the desirability of 490's vs other pups. The thread was either here or at another 2 forums I go to. But his take on it was along these lines, Properly adjusted 490's WILL do metal fine if not exceptionally. One just has to work through tweaking the adjustments and amps/pedals etc to maximize their sounds together.

Having said that, I am not married to 490's, but I have one SG with them.
I have another with Bill Lawrence circuit board pups
another with Tarbacks, and a 4th SG with P90's in it.

EMG's scream Metal. The Seymour Duncan's mentioned are also my other suggestion. I have a Randy Rhoads RR3 V with the Jazz JB set and ya can't get more metal than Randy. Also, Iommi there are also Iommi Sig pups if you might like that sound too.

That is about the extent of my knowledge. If it were me, I'd try tweaking the 490's before making a quick judgement to just say, " I read this or that, that so many people hate 490s so they have to suck.... "I NEED to get that Shid out as fast as I can" yadda yadda.

490's, Fender Bassman and a Rat pedal. Not metal, but pretty heavy!