Ever Seen Hendrix Play an SG?

So, I was browsing through some videos at YouTube today, and ran across a video recording of the Hendrix Experience, recording in a small venue in Sweden in 1969. The sound level is actually surprisingly good. Hendrix starts off the set on what looks to be a black Strat with a maple fingerboard (which is fairly uncommon in and of itself), but then at the about the 36:15 mark, he picks up a white 61 Les Paul (aka an SG with gold hardware and three pickups) and proceeds to play Red House on it. Can't say I'm all that crazy about the tone he's getting out of it, but hey, it's a Gibson for a change. In retrospect, I think what he's doing is he has his Vox Wah active and just has the pedal pushed all the way down -- cuz he starts using it after a while.

Dunno about you guys, but this is the only time I've ever seen Hendrix play anything besides a Strat. Anyway, here's the link:

Yeah, he would sometimes play that late 60's SG Custom seen in the video. It cannot be a '61 because those have the small guard. The one in the video has a batwing and those were not released until 1966.

Yes, if you look it's got a batwing pick guard, so a late 60's model. There's some good quality video of him playing it on the Dick Cavett show, just had a quick search and I think it might've been removed from Youtube as there's a DVD for sale now

Here's the trailer, and it includes a clip with the SG:


EDIT: Incidentally, I've also seen stills of him playing a Les Paul Custom and Les Paul junior, both flipped r/h models! And of course, he's well known for playing a V too. I think the V and SG were the two Gibsons he played the most, starting out with the V. 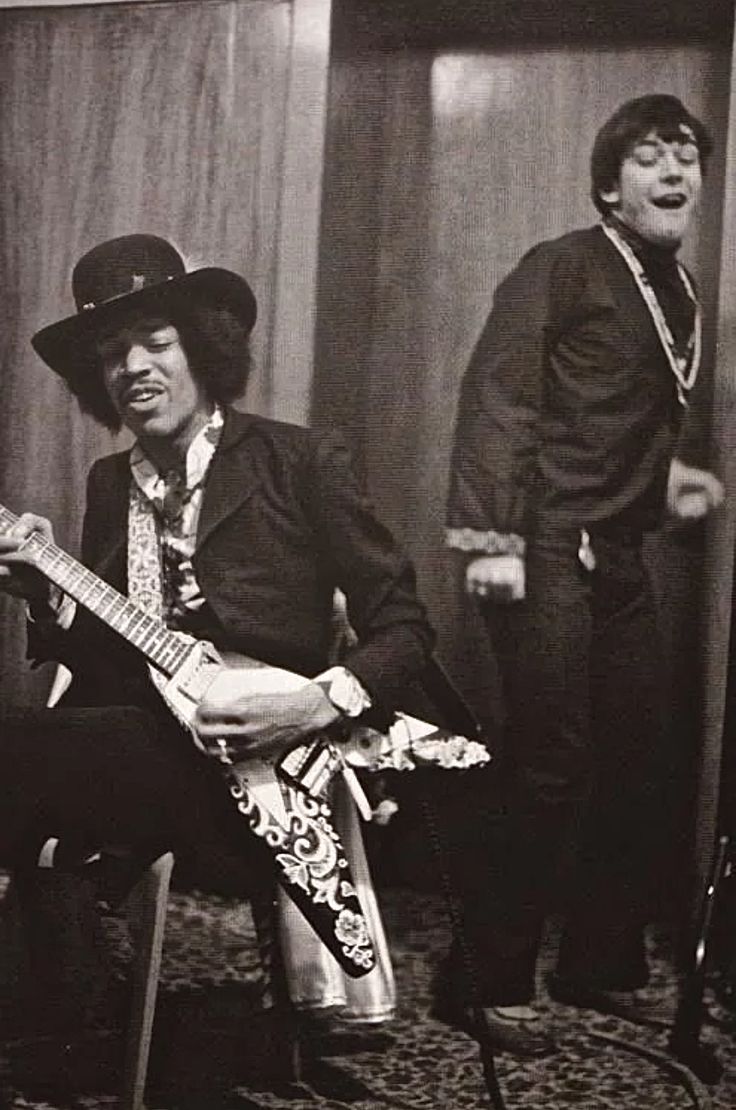 Good catch on the pickguard. I saw the three humbuckers and instantly thought '61. Honestly, the white-on-white with that pickguard makes it hard to see anyway. And I'd completely forgotten that he played a Flying V -- although I've never actually seen him play it.

Some more photos of this SG:
http://www.hardrock.com/rpm/cool-guitar-alert-jimi-hendrixs-1967-gibson-sg-custom/
Looks like it is owned by Hard Rock Cafe now.

Never thought about it before, but due to the symmetry right handed SGs are way better suited for left-handed players than say right handed Les Pauls. I think Iommi also had a right-handed SG in the beginning before swapping it for the lefty Monkey SG.
You must log in or register to reply here.
Share:
Facebook Twitter Reddit Pinterest Tumblr WhatsApp Email Share Link