I know.... it´s a sacrilege for many people to compare an epi to the real deal... a gibson. But I only want to express some of my humble opinions. The epi SG Pro it´s really flawless in terms of finishes. Looks and sounds great. I hnow the gibson SGJ sounds great as well but in my humble opinion the epi looks a way better. I made a blind test in my local music store and I couldnt nottice the difference in the tone.
Anyway.... I just got this epi and it´s my first SG. And I´m in love.... I might be wrong. 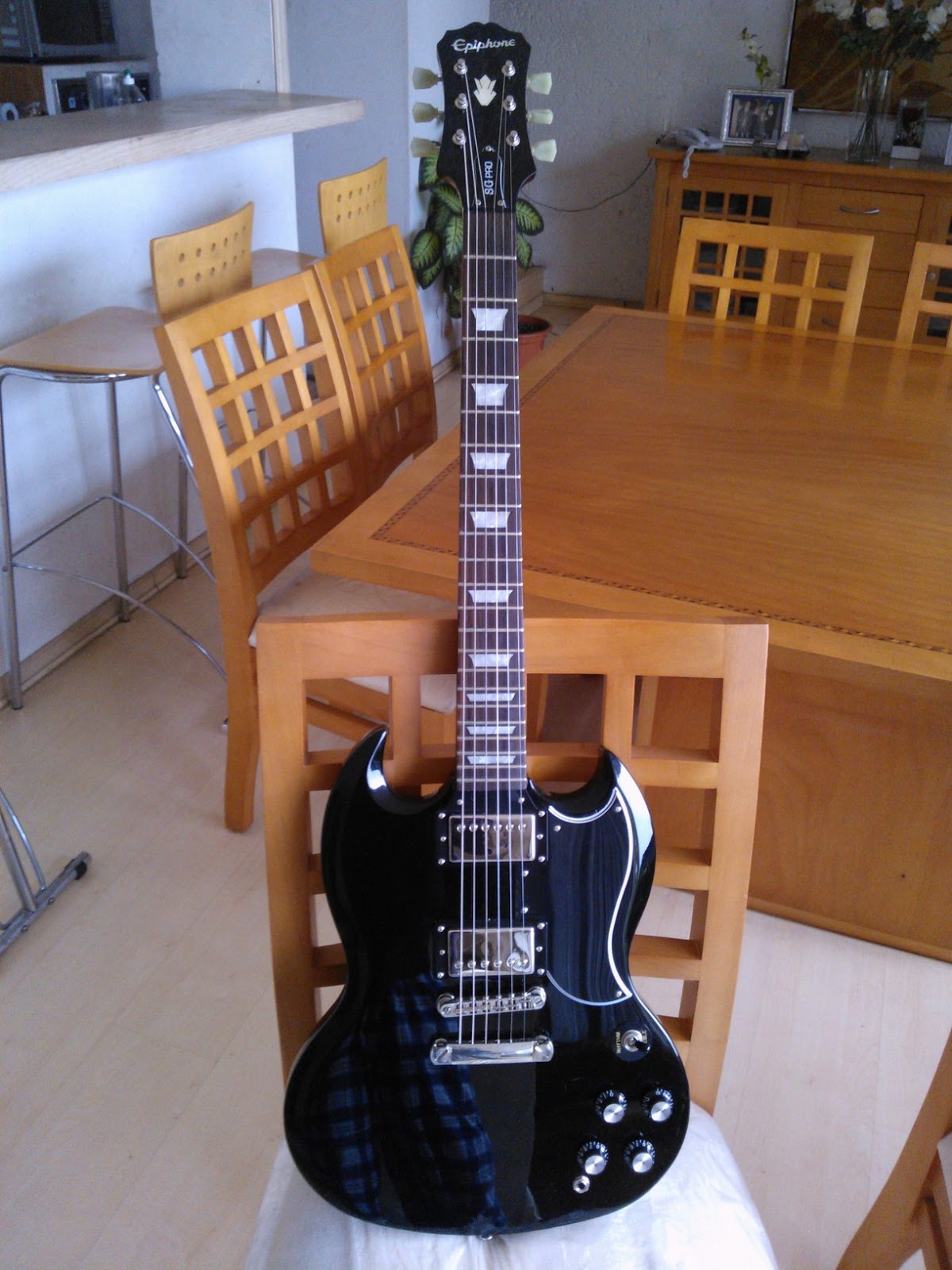 Welcome to ETSG Ocredeus! You will find many opinions on this and other forums, and the Gibson vs Epiphone discussion is one that never dies down. There are hard boiled individuals on both sides who will never change their minds.

Too true, maybe. Gibson's high prices inspire resentment before we pay for our guitars, and pride afterward. If you read posts on MLP, you'll see what I mean. But Gibson quality is usually grudgingly acknowledged, except by a few noisemakers who love to hate our favorite company. There are always people who want to hold Gibson to even higher standards, and I actually don't argue with that. If they want us to pay those prices, they'd better be good.

Epiphone's move to China caused much derision in the USA, for our own political reasons. Players in other countries find much of that meaningless, and only want a decent guitar for a reasonable price. Epiphone supplies this market, and ships huge numbers of guitars everywhere. The best Epiphone guitars are very good indeed, and are priced close to the SGJ, or over that.

On this forum, we generally don't DIS anyone's guitar, or second guess their choices.
We like to disagree cordially when we do, (or at least I like it that way) and to respect each other as fellow aficionados of the SG (Gib or Epi). We generally say stuff like,
'that one looks great, show us more pictures!"

And really, who can argue with a black SG? it looks radical and almost sinister, as a good SG should. I"ll say this: if you play it well, people will respond to your music. The average concert-goer doesn't know an SG from a Les Paul, they might recognise a Fender guitar but not know if it was a Tele or a Strat. 'oh, it's a Jaguar? Never heard of those..."

If you play it well, they might come close enough to squint at your guitar when you take a break and ask you, "What is that, an Epiphone? It sounds great..." Which is what you want IMHO. Or a bold girl might say, "You look cool playing that black guitar..."

...and if you don't play it well, it won't matter what color it is or how much you paid for it. except to you. So welcome to ETSG. Some guys here will tell you an Epi can never be as good as a Gibson, and others will pooh-pooh that and say it's all in your fingers, and your soul.

What I say is this: you usually get an Epi at a good enough price to afford to take it to the best Luthier you can and get it set up. Epis respond well to this, and you'll turn it into much more guitar than the nay-sayers thought. And I believe that a well set up Epi can be a fine and useful instrument. Mine is.

Oh and about being in love with your SG... +1 on that. That's what happened to me... I joined the club when I took my first SG down from the rack and touched it with my bare hands. That contact, and the sound of it unamplified, and then the sound and the feel of it when I played it in the store... well all these things just kicked in the door of my citadel and I had no choice but to get out my mastercard and take the lady home. My first SG is still my favorite... years later. And she's still Queen of my music room. don't ever lose that feeling.

How could you be wrong? If you love it, that's all that matters.

I think it's lovely. Some people get down on folks who care what their guitar looks like, but that IS a factor.

If you played them both and felt there was no big difference to your fingers or ears but your eyes liked this one better...why the hell not?

Congrats on the guitar! It should serve you well for years and years to come.

Congrats. Those new pros are great !(just missing a couple of frets)
Biddlin ;>)/

I don't think I'd be a fan of 24-fret guitars (Gibson SGJ). But I agree that there's absolutely nothing wrong with buying a good Epiphone. All I'd do is change out the pots and wiring, but that's because I'm a semi-perfectionist and a habitual tinkerer of things.

I'm now having more issues with my American Fender than with my Chinese Squier... LOL. Follow your instincts and keep rocking while you can.

If that SG sounds anywhere as good as it looks, you've got nothing to worry about.

ida picked the SGJ all day, but that is irrelevant to your decision... your Epi does look great and congrats to you

Nothing wrong with a good Epi. I'm still trying to get my old '98 Epi LP back from the guy I (stupidly!) sold it to!

SGs rock - end of. I was a Les Paul guy for years (and I still have an LP Special) but I was blown away when I got my first SG (an Epi Korina Ltd Ed) and only changed it when I saw a good deal on a Gibson SG Special. Honestly? I think I preferred the Epi in hindsight but I've now moved on to a '61 reissue which is just awesome.

I always have a soft spot for Epiphones. My very first guitar was a Epiphone SG Special I bought used at guitarcenter for like $80

I eventually gave in to the GAS'ed and got me my Gibson SG but that Epi still holds a very special place in my heart.

I say play the heck out of your Epiphone but be warned, your going to one day lust for or GAS for a Gibson SG version because that's just the way it works.

epi or gibson, get the guitar, play it, feel it.

which one feels better (playability, confortability)? which one sounds better to you years (as subjetive as it gets) ?


after those 2 questions are answered, that is done. Just pick the guitar en forget about the brand.

Thats how I roll.

ps: I would recommend blind folded tests for that.

seizure said:
I always have a soft spot for Epiphones. My very first guitar was a Epiphone SG Special I bought used at guitarcenter for like $80

I eventually gave in to the GAS'ed and got me my Gibson SG but that Epi still holds a very special place in my heart.

I say play the heck out of your Epiphone but be warned, your going to one day lust for or GAS for a Gibson SG version because that's just the way it works.
Click to expand...

this... it may haunt you for a while

may as well just eliminate the middle man