The SGS3 takes the timeless elegance of the "Black Beauty" and applies it to the iconic SG body style to create a stunning homage to this early-'60s rocker. The classic SG body is crafted from solid mahogany, with asymmetrical pointed horns and a beveled edge for comfort, and looks absolutely killer in Ebony nitro with 5-ply black pickguard and black Top-Hat knobs. Gold-plated hardware -- including a vintage-style Sideways Vibrola updated for improved performance -- completes the Custom look, while three of Gibson's popular '57 Classic humbuckers ensure unparalleled tone. The glued-in mahogany neck has a SlimTaper profile for that fast, slick playing feel that rockers have come to know and love, with a bound one-piece rosewood fingerboard with acrylic trapezoid inlays. Protect it in a Vintage Brown hardshell case from gig to gig, and you're ready to rock out in grand style.


Ditch the Vibro, color it white or butterscotch, and drop the price tag, I might be interested. Not my cup of tea either.

Does it for me and I'm doing battle right now with my twitchin' "Add to Cart" finger. Only difference I can see among the 6 available at Zzounds is the weight of 'em which fluctuates from 7.1 to 7.8 lbs. Pretty sure I will resist, but if I were to sucomb, and you were me, would you go for lighter or denser? Only thing I may not like is how close that vibrola arm is to the input jack.

go for heavier ---at that price GET ALL YOU CAN

es.g. said:
go for heavier ---at that price get all you can

I'd like it much more without the middle pickup. Other than that it looks like something that would look nice on display in a den more than a guitar I'd take out and rock with.

Ok, I figured out the perfect way to stop this sudden GAS attack and saved $900 in the process. Pulled the trigger on an Original 2 which I've been gassin' for for a while now. Thanks Biddlin for being the catalyst that pushed me over the edge.

When I was a boy, my family lived in Pittsburg. Early fifties...
my dad bought a house where he could walk to work AND where he could rent out
the upper floors to pay for the mortgage. He was a professor making maybe $3000
a year. Steelworkers made more, they had a powerful union. My dad bought one of those
three story narrow row houses and rented out apartments on the two upper floors.
The house had a one car garage. My dad owned a '51 Chevy and parked it there. His
tenants had no cars, and rode the streetcar to work, as did most of the other people
in that neighborhood. They were mostly working class, employed by the steel mills or
the stores and shops that served the city.

As kids we played in the streets... there were very few cars driving up and down them
so we built scooters out of scrap lumber and nailed steel roller skates to the bottoms
and zipped around in the streets, free as monkeys and laughing our heads off. The
neighborhood was called Shadyside. *laughs

Last time we played in Pittsburg, I went back, to see if I could find my old house.
Shadyside is now a VERY upscale neighborhood, and all those three story houses that
used to have two or three families living in each one, but with only space for ONE car...
well, they now have only ONE family living in each home, but each family owns multiple cars...
VERY NICE cars. I walked down my old street feeling like I was from some other planet (which was true...)
The street was never very wide, but there's no room to change anything. So the street where I used to play
stickball and scoot around on home made "Skippies" are now parked densely with Beamers and Mercedes,
Cadillacs and Lexus, sitting right there on the street, both sides. Kentucky Street is like one lane,
with two lanes of parking. *shrugs

People that rich need to live in gated communities with plenty of room to park their Caddies.
They can pay $2600 for an elegant SG, but might be more likely to pay
$3900 for an elegant Les Paul with more prestige. SGs are meant to get out and get dirty, and raise hell
on a Saturday night. SGs are to get the job done without fuss,
and elegance is not a requirement, and might get in the way. Elegance on an SG is like a
walnut dashboard on a chevy truck IMHO.
Doesn't seem right with a beer can on it.

That said, MY SGs of course are VERY elegant in their own workmanlike way.
But I paid less than $700 for each one, not counting upgrades and stuff. And they're not afraid to get out
there and boogie where the lights are dim and the smoke is thick and the pheronomes go wafting through the place,
keying everyone up... (just kidding, I'm dreaming, I don't really play gigs like that any more.
and when I did, I didn't own an SG but I wish now that I had.) My workingman's SGs are just as elegant sounding
as this one described above in such luscious detail. One of them has the same pickups, of course.

So I'm still ka-bonging Gibson for discontinuing the SGJ and the SG faded Special and other of their less expensive
instruments. I believe they'll rue the day. I actually am in favor of Gibson, and want them to survive in a world of
tough competition, and I'm not really against elegant expensive guitars for those who can afford them. I may make fun,
but to each their own. This lovely SG above offers A LOT to the ones who can pay the price. But MY favorite Gibsons are
the ones that offer almost as much, but for A LOT less money.
Last edited: Nov 14, 2014

Great post there Col. I do get dazzled by shiny things and I'm glad to have come out of that trance. The Original 2 is a little pricey too but I think it's more than just bling. Very, very psyched to be getting this one.

dampsneaker said:
Ok, I figured out the perfect way to stop this sudden GAS attack and saved $900 in the process. Pulled the trigger on an Original 2 which I've been gassin' for for a while now. Thanks Biddlin for being the catalyst that pushed me over the edge.

Now that's sound judgement, says the man who doesn't even know how many guitars he has at the moment!

Yes, the detailing on this one is well thought out. Seems like it comes with the pre-crazy case, too: "Case Exterior Historic Brown" 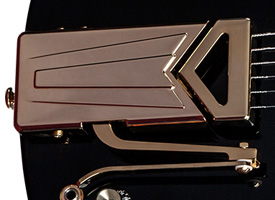 dampsneaker said:
Pulled the trigger on an Original 2 which I've been gassin' for for a while now.
Click to expand...

Wise choice IMO. For some reason the Sideways Vibrola has always been my least favourite vibrato option on an SG - aesthetically speaking. Never tried one, but they don't seem to have been popular 'back in the day', so I'm guessing that playability is not the reason they're being fitted to highly expensive Gibsons...

Man, if people keep posting this SGS3 I'm going to end up with one! I just love the look of this guitar! But what am I willing to sell to get one...

I need to find one in store to get my hands on first. If not I guess there's always the 30 day trial period.

I don't care for it one bit...why put Custom appointments on a Standard??
Another pointless perversion of the SG IMO..just make a proper Custom...not a Standard playing "dress up"...

Kris Ford said:
I don't care for it one bit...why put Custom appointments on a Standard??
Another pointless perversion of the SG IMO..just make a proper Custom...not a Standard playing "dress up"...
Click to expand...

Then they'd have to properly call it a Les Paul Custom, no?